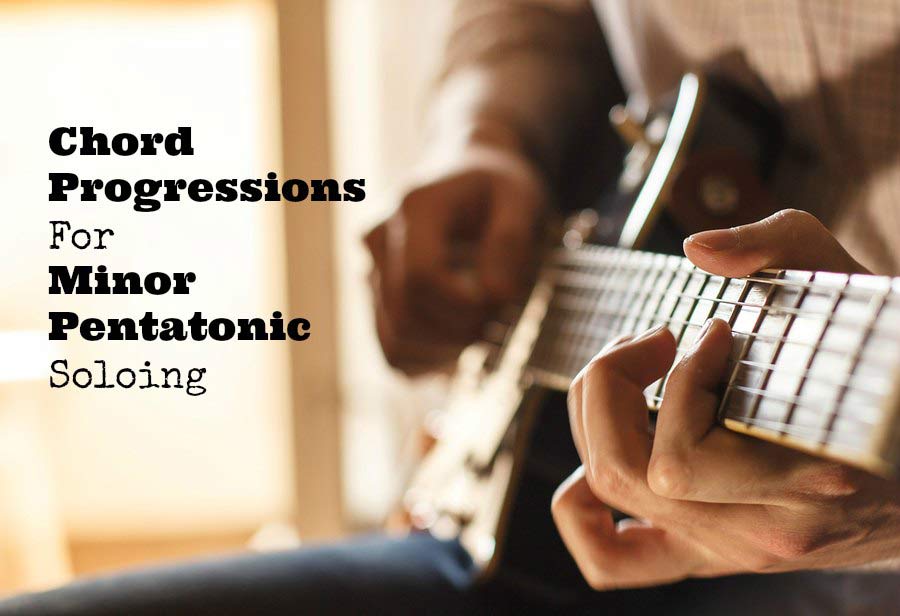 The minor pentatonic scale is the most used scale for soloing and it is used in a wide variety of music styles like pop, rock, country, metal, blues and more. It’s a great scale because it’s fairly easy to play which makes it a perfect beginner scale for soloing, but it also has the functionality to develop, expand, and improve your skills to high levels of advanced playing.

Once you know how to play the minor pentatonic / blues scale and how to use it for soloing purposes, you want to know over what chord progressions you can play the scale. There are a few ways to go about this.

For instance, if you want to use an A minor pentatonic scale to solo over a song or chord progression in the key of A minor you start with filling in the notes of the A natural minor scale to the formula.

If you want to use an E minor pentatonic scale to solo over an Em chord progression start apply the notes of the E natural minor scale to the formula.

The I – IV – V progression uses the three major chords derived from the major scale. That means in the key of A you get: A – D – E

We apply these chords to a 12 bar blues. The 12 bar blues is the most prominent blues chord progression and perfect to use for your minor pentatonic soloing:

Another way to lay the ground work for pentatonic / blues soloing is the 12 bar blues shuffle. It’s the most common approach to blues rhythm playing and uses the same 12 bar blues progression.

Basic 12 Bar Blues Shuffle
The shuffle is an eighth note rhythmic feel based on triplets. You count 1-trip-let, 2-trip-let, 3-trip-let, 4-trip-let. Only in a shuffle rhythm the middle note of the triplet is not played. 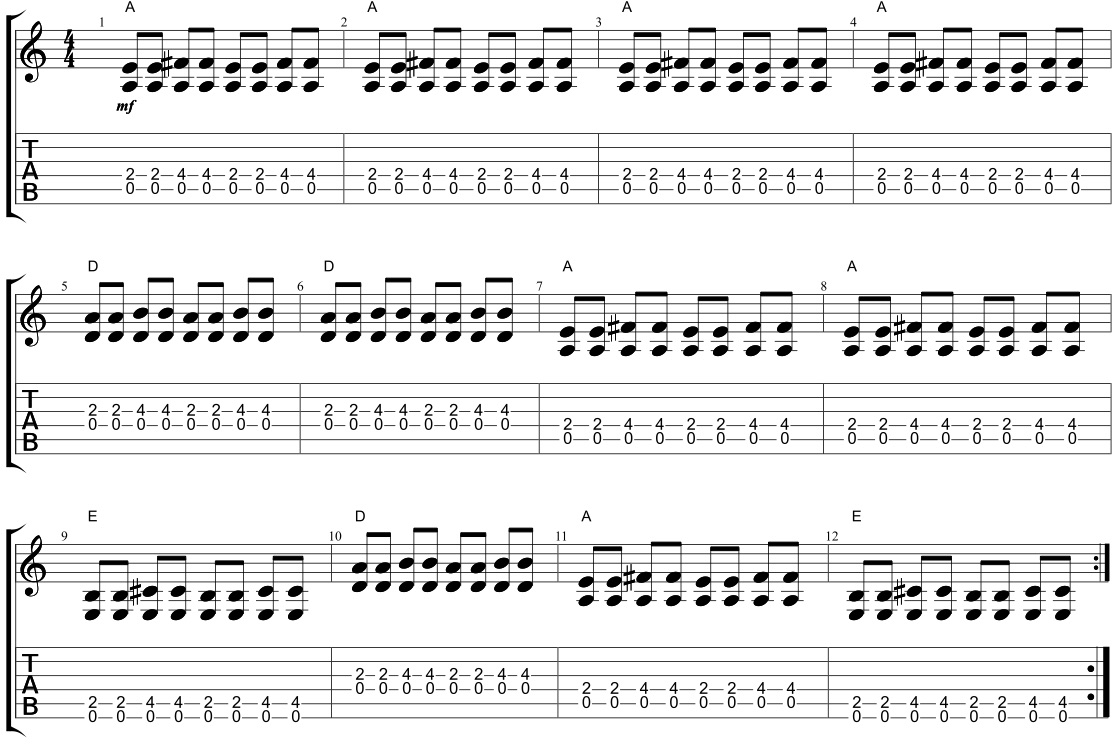 Tip: If you are looking for some really brilliant sounding blues jam tracks for your pentatonic soloing, check out the Briggs/Marangoni Blues Backing Tracks

Have a wonderful weekend!