We all have tons of excuses to justify the times we don’t practice. We need to work, maintain our relationships, play with our kids, finish up tasks, exercise, eat and sleep. How in the world is there any time left?

How can you improve your skills amidst all of this, stay motivated and keep learning and growing when there are times when you can’t pick up the guitar?

Well, there are many places and times throughout the day where you can do some really valuable exercises to make huge changes in your guitar playing. I’ll first show you WHAT you can do, and then HOW and WHEN can you get better at playing guitar everyday, anywhere and anytime! Let’s check it out.

Learning to Know the Notes on The Guitar

END_OF_DOCUMENT_TOKEN_TO_BE_REPLACED

I hope you are doing okay with everything that is going on now. These are crazy times, but we have to make the best of it. We have to help each other out while keeping a safe distance, be considerate of others, smile to people to relieve a bit of their burden, but with all that don’t forget yourself along the way. Being kind to yourself too. Have a bit of fun. Try to enjoy the present moment.

For those of you who stay at home, you might have some more time on your hands now to enjoy the guitar, develop a nice practice routine, and make some good progress. Well, here’s a great guitar workout for you…

Practicing melodic intervals really developed my skills to solo and improvise over major chord progressions. Just by going through the scale intervals on a regular basis you are training the muscle memory for your fingers and acquiring the vocabulary for your creative mind to help you shape your musical brain and come up with melodic ideas. It’s an exercise that is not to be underestimated.

In this lesson we are going to learn “melodic intervals in 3rds” following the major scale. We’ll practice these 3rd intervals over 5 different scale shapes/positions across the neck, so we’ve got a great workout for you! Don’t worry we’ll take it step by step.

Make sure you know the major scale in 5 shapes/positions before you start this lesson, but on the other hand you can also skip that for now if you just became excited to dive into this lesson. You can always come back to that later. I can imagine you want to try at least the first exercise to know what we’re talking about here. I totally understand.

Another upside is that the exercises will train your ear to recognize 3rd intervals. This will improve your aural skills, which is a important part of becoming an accomplished musician (Try to sing along the notes as you play the exercises). The practice of playing the intervals will also increase your dexterity. A win-win situation in many ways.

END_OF_DOCUMENT_TOKEN_TO_BE_REPLACED

As a guitar student you want to learn your scales inside out, not just to expand your music theory or to develop dexterity, but to learn to solo and improvise.

In order to solo and improvise you need to know the words of the language. You need to know how to use those words in a fluent manner with confidence and ease to express your musical emotions.

This is where the scale comes in. The scale contains the letters and the words to tell your story.

In this lesson I will give you the exercises to really dig into the scale and memorize it from top to bottom, backwards and forwards so you can start your journey to learn to solo and improvise.

We will use the G major scale as an example, but you can apply this to any scale.

There’s a lot of exercises and examples here so take your time with it. Start with one exercise and practice it until you can play it at a comfortable level, then move on to the next. Before you know it your fingers are running the show.

END_OF_DOCUMENT_TOKEN_TO_BE_REPLACED 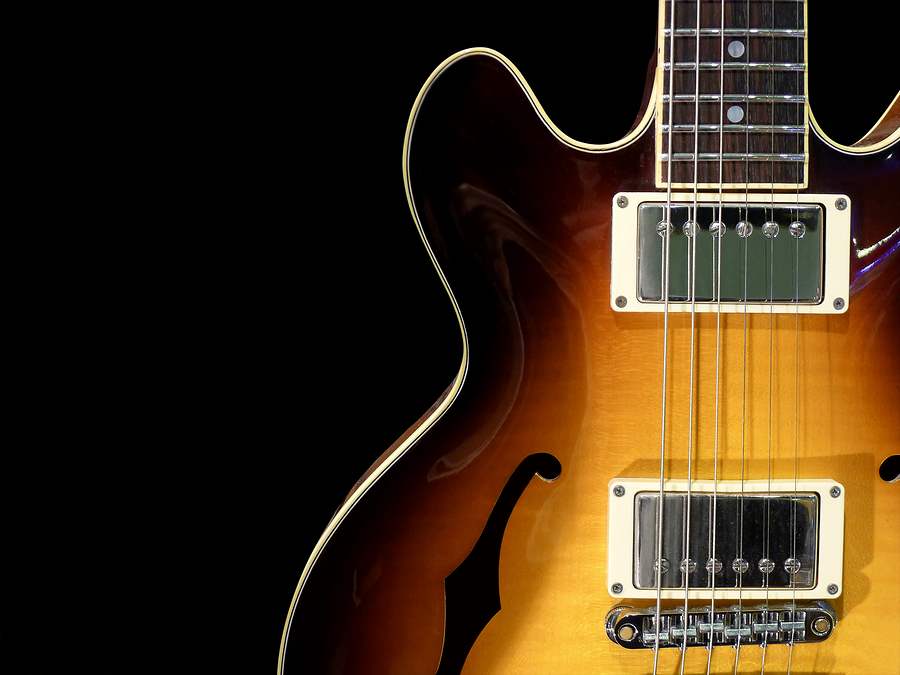 The spider exercises are one of my favorites. The spider is a cross string picking exercise that is designed to develop dexterity in both hands.

If you’re having trouble with either your right hand or left hand coordination and you want to see real improvement then these are the perfect exercises.

Do you think your hand coordination is superb then try the exercises below to confirm your assumptions or go back to your room to practice some more. :)

Depending on your skills the spider is not exactly for the faint hearted. It can be quite challenging but careful once you get the hang of it, it’s a really addicting exercise that won’t get rid of you.

How to practice
Start out slow, real slow and play through each exercise a couple of times until it feels comfortable. Once you can play the exercises slowly without faltering try playing along with a metronome. Again begin real slowly and gradually increase the tempo of the metronome.

Pay attention to the quality of the exercise. Make sure all the notes sound clean and clear. Apply alternate picking technique with your right hand (down,up,down,up).

Focus fully on the exercise. Observe your left and right hand while playing and see if there’s anything that needs to be corrected or improved. The slightest change can make a huge difference. END_OF_DOCUMENT_TOKEN_TO_BE_REPLACED