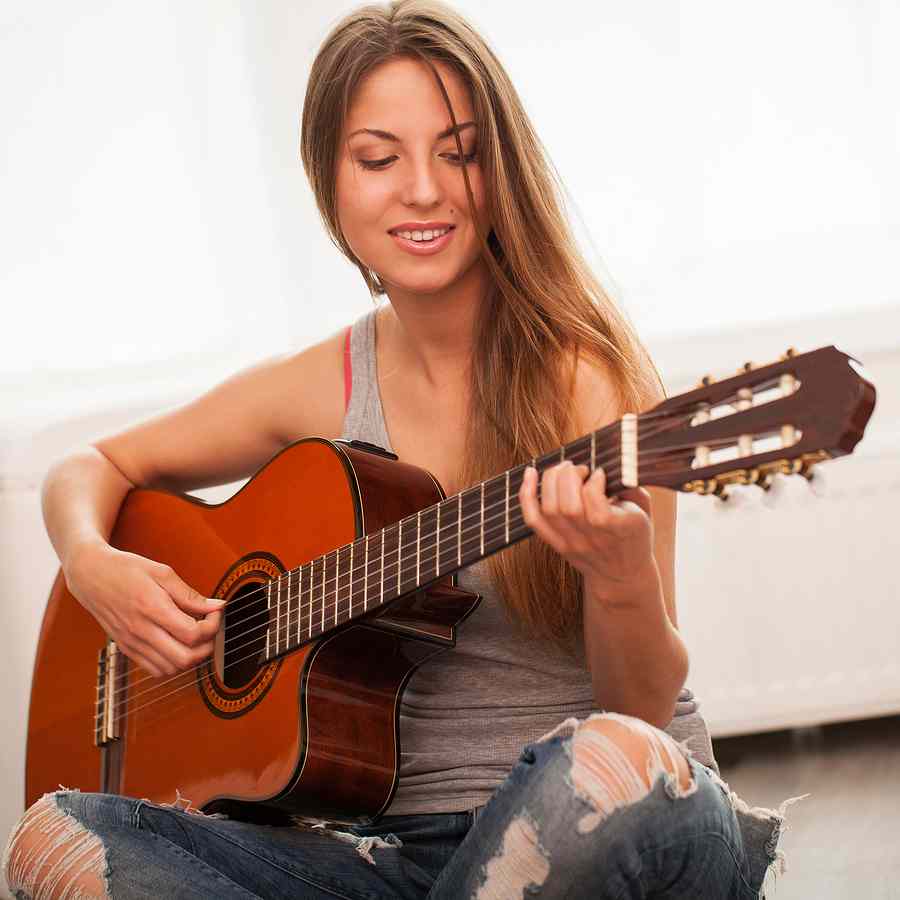 Knowing how to build chords and chord progressions is a really great tool for writing your own songs and communicating with your fellow musicians on how to play a certain piece of music, “Let’s play a 1 4 5 progression in the key of…”

You can create the most beautiful chord progressions and songs by ear and you don’t necessarily need to know music theory for that, but it makes the life of a musician a lot easier if you do know some music theory on this part.

It’s nice to know what other musicians are talking about and how you can create chord progressions in a more effective and efficient way.

Adding music theory knowledge will reveal a lot of secrets you wish you had known before, so don’t wait for later or you’ll miss out on all the good stuff. Music theory will definitely make you a better musician!

Then we build a chord of the second degree of the major scale “D”
Again from the D chord we stack thirds on top of each other.
So from “D” take the 1st, 3rd and 5th note = D F A
D F A = D minor

Build a chord from the 3rd degree of the major scale “E”
Stacking thirds: E G B
E G B = E minor

So we got:
C major, D minor, E minor, F major, G major, A minor and B diminished.

Now we can derive a formula from this pattern of chords.

This formula can be applied to every key.

For example if you take the G major scale: G A B C D E F#
Apply formula and you get these chords:
G Major, A minor, B minor, C Major, D Major, E minor, F#dim

So if you wanna write a song or a chord progression in the key of G you can use all these chords randomly and they will all sound perfectly well together.

BUILDING CHORD PROGRESSIONS:
In music we use roman numerals to indicate the order of chords in a chord progression.
So let’s take the chords built of the G Major scale for example:
I = G Major, ii = A minor, iii = B minor, IV = C Major, V = D Major, vi = E minor and vii = F#dim.

Song examples: You’re beautiful – James Blunt, I’m yours – Jason Mraz, With or without you – U2

Song examples: The other side – RHCP, Zombie – The Cranberries, One of us – Joan Osbourne

Now write your own song with the help of these chord progressions. Have fun!