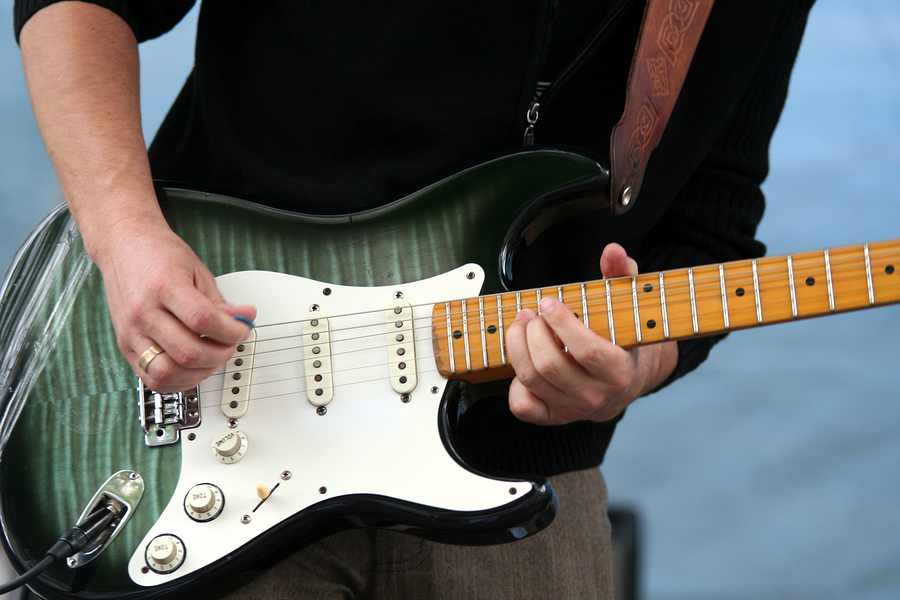 The first scale sequence I learned without being aware of it was the “pentatonic triplet sequence”. They were all over the place in Metallica solos and I learned a lot of them.

Once I knew what I triplet really was I noticed them in many other rock and metal songs. But also in a lot of blues solos, usually played with hammer-ons and pull-offs.

A triplet is when you’re playing 3 consecutive notes per beat. Also called an eighth note triplet. (There are also sixteenth note triplets but we’ll save that for another post) Since there are 4 beats per bar in 4/4 time, you can count them like this: 1 trip-let, 2 trip-let, 3 trip-let, 4 trip-let or if you prefer you can count: 1 & a, 2 & a, 3 & a, 4 & a. It’s important to learn the feel of playing triplets.

Triplets are often used at the end of a musical phrase. They can be played fast and ascending, building a climax and leading up to that final screaming note or descending to a lower impressive last note to give it more impact.

Once you know your scales and you’re starting to improvise you don’t want to sound like you’re playing scales all the time. That’s where sequences come in. Sequences are a great tool for building your improvising chops.

After practicing sequences for a while your fingers start to lead the way without you having to think about it. It has become part of your subconscious. It’s like speaking a language. You’re creating sentences without having to think about the letters of each word or even the words themselves. They just flow naturally.

Practicing triplets will also build dexterity, a greater flexibility and you’ll discover it’s benefits in many other areas of your playing as well.

So let’s dive into the some triplet scale sequences!

EXERCISE 3 (A PENTATONIC ALL OVER THE NECK)