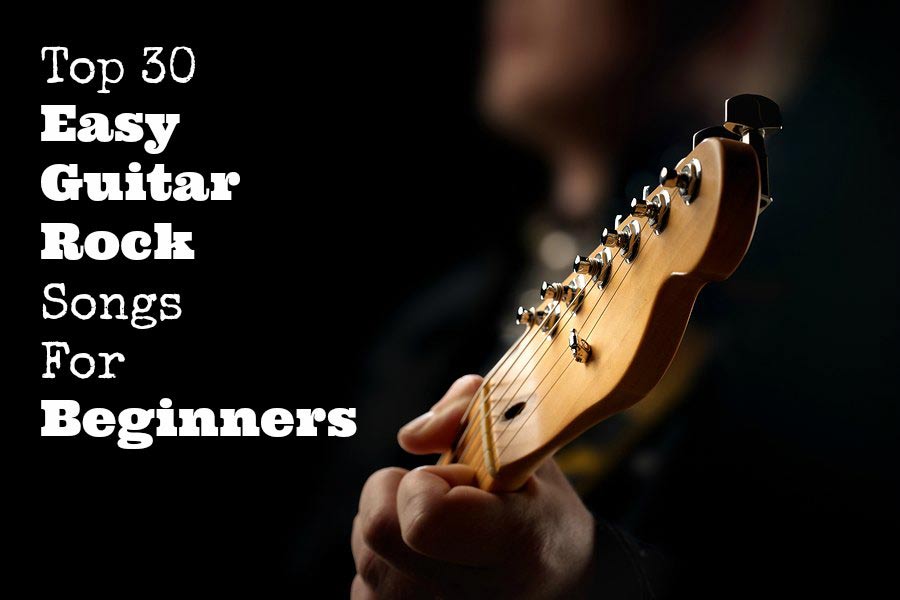 There’s nothing like strumming a good rock song. It’s that thrill when you play the songs you’ve always been listening to. You feel it when your fingers are blazin’ across the strings through the gain of the amp. Total bliss!

But what songs do you pick when you’re in the beginning stage? There are plenty rock songs out there, but most of them are pretty challenging to play to say the least.

To tackle this problem I picked 30 rock songs for you that are quite attainable and will deliver you that divine euphoric rock feeling. Don’t forget to turn the amp up and play that electric guitar loud and dirty.

To be fair, it is recommendable that you own some beginner skills and try out some easy acoustic guitar songs first. You need to know a few basic chords and easy strumming patterns. Having said that, I know you are here for rock ‘n roll so some easy guitar riffs might excite you as well. I don’t want to overload you with material but I just want you to know it’s here if you need it. Now let’s get rocking!

All the songs in this list are fairly easy to play, however some parts of the song can be simplified depending on your level of playing. Simplifying or altering songs is a common thing in learning to play guitar. It gives you the chance to play your favorite songs that would normally be above your skill level.

Even famous guitar players and singer song writers who cover a song from another band or artist often simplify or create their own version of the song. It’s rather the rule than the exception. So don’t worry a bit.

While you’re practicing you might want some help and use one of these tools to listen, study and analyze the song you want to learn. It will help you achieve your goal faster.

There’s a Youtube link attached to each song title. The “Chords” link will deliver the chords or tabs for the song and “More” will show you more official chords and tablature of the artist if you want to dive in completely.

Enjoy and keep on rocking!
END_OF_DOCUMENT_TOKEN_TO_BE_REPLACED 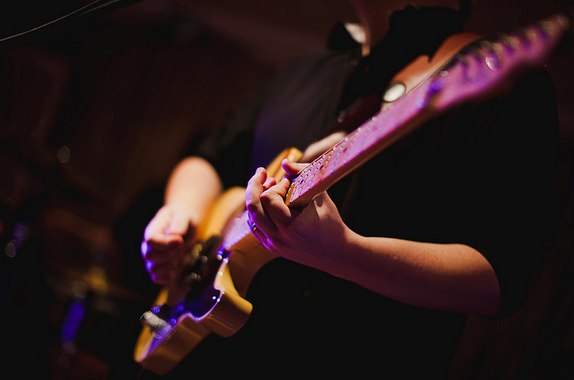 A lot of you who are working on “developing technique and increasing speed” have probably put some blood sweat and tears in my 21 Cool 3 Notes-Per-String Exercises.

If you haven’t and you got the nerve be sure to check it out.

But today I present to you 10 smoking 2 notes-per-string licks”.

A technique that feels different from the 3 notes per string and will definitely improve your technique in many ways if you work hard at it. Also the licks are perfect to incorporate into your improvisations.

While there are a lot of great guitar players known for their 3 notes-per-string, don’t underestimate what people like Zakk Wylde, Eric Johnson and John McLaughlin can do with 2 notes per string. They rock!

So let’s get your hands back in the dirt and work on these smoking licks. 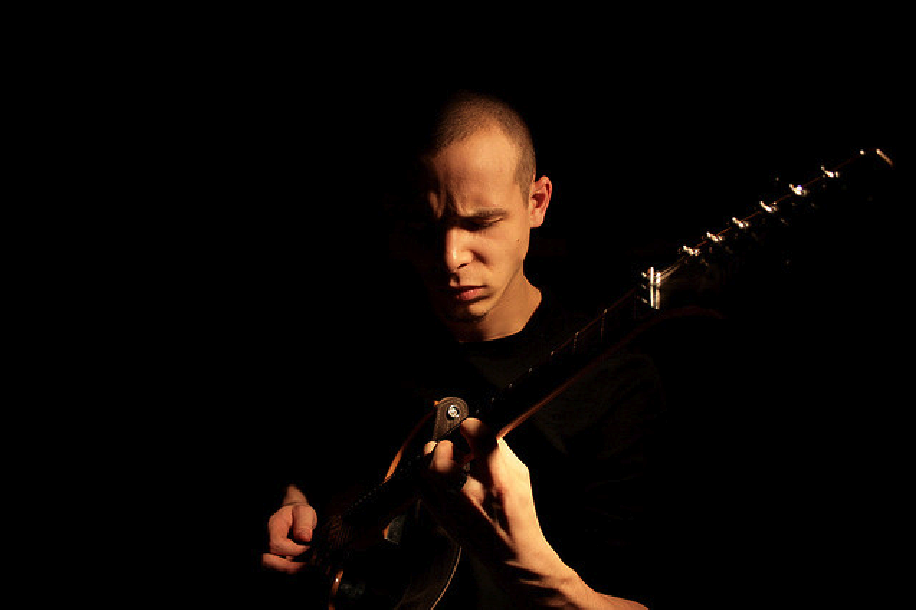 Via Twitter I’ve received a lot of positive response and requests for a follow up on the “Cool 3 Notes-Per-String Exercises to Rock on!” post. I thank each and everyone of you.

It’s one of the most popular posts on Guitarhabits. I have a lot of fun in creating these licks so it’s my pleasure to present to you part II.

All of the exercises are licks you can incorperate in your improvisation or solos. Feel free to use them however you like. They are yours to take.

If you haven’t checked out part I yet, I recommend you to do so. Part I also explains the purpose of 3-notes-per-string exercises.

Tip: Practice each exercise with a metronome. Start at a slow pace and gradually increase the beats per minute.

Note: Don’t go any faster until you can play each note clear and correctly. It’s good for you. 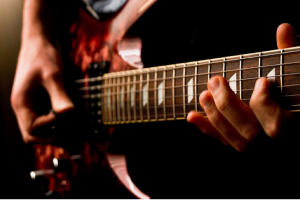 Playing 3 notes per string exercises is something I do on a regular basis. I use them to warm up, to become a faster guitar player and to spice up my improvisation.

If you practice these exercises properly and often enough you will increase your speed. Because of the 3 notes per string technique it will create a particular cool sound once you will start playing faster.

The 3 notes per string exercises are played using the alternate picking technique. There are other techniques as well like sweep picking but alternate picking is the most common one. Alternative picking means you hold the pick between your thumb and index finger with the pointed end facing toward the strings. You strictly use alternating down and up strokes. The first note you play is downstroke, the second an upstroke, the third one a downstroke, the fourth one an upstroke and so on.

Once you get the hang of it, it can become quite addictive, but be careful though. Don’t overdo it when you are soloing or improvising in front of an audience. It can become boring after a while. Use it now and then and you will sound great. For speed practice and improving your alternative picking technique use the 3 notes per string exercises as much as you can.

The one and only reason why these monster guitar players become so incredibly fast is that they practice long hours for days, weeks, months and years. And why do you want to do that? Because it’s fun and because you’ll get better and the better a guitar player you’ll become the more you want to practice.

If you are ready for the challenge practice these 21 cool 3 notes per string licks, scales, exercises and feel the rush!

Practice slow first and then gradually build up speed.
Have fun!