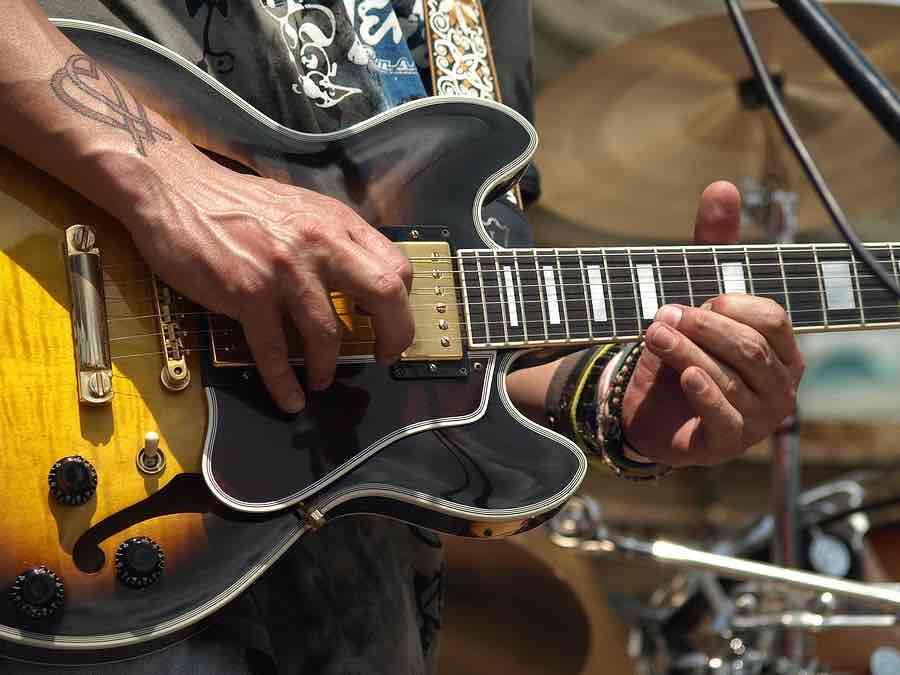 If you know your way around the pentatonic / blues scale, the major scale and minor scale and you feel like you’re up for a new challenge, it’s time to expand your soloing vocabulary.

Let’s take a look at one of the 7 modes of the Major scale. Dorian might be your new endeavor.

The Dorian scale is very common scale in the jazz music, but it can also be applied to pop, rock and metal to give your soloing some fresh and lively colors.

The dorian scale is the second mode of the major scale.

All 7 modes (Ionian, Dorian, Phrygian, Lydian, Mixolydian, Aeolian, Locrian) are derived from the major scale. Each mode starts and stops on a different note within the major scale. Dorian starts on the second degree of the major scale all the way up to an octave higher.

DORIAN SOUND
Modes are scales derived from the major scale. There are major modes and minor modes. If we look at the minor modes (they contain a b3) you can see the Aeolian mode (natural minor scale) and Phrygian mode both contain a minor 6 (or b6), whereas the Dorian mode contains a major 6. The 6th sets it apart. It becomes the characteristic note and identifies the Dorian sound.

APPLICATION
The Dorian scale is a minor scale and is used to play over minor chords.

Let’s say you have a chord progression like C – Am – Dm – G. Now you can go either two ways. You can play a C major scale (C Ionian) throughout the entire chord progression which is a common way to improvise or you can make things interesting by choosing a mode for each chord.

You can choose any mode of your liking. Major modes to play over a major chord and minor modes over a minor chord.

Let’s see what modes you can play over your C – Am – Dm – G chord progression:

To keep things simple and mainly dorian you could choose C Ionian – A Dorian – D Dorian – G Ionian for your chord progression.

The first thing you probably want to do is to just practice D dorian over a Dm one chord vamp to really get the hang of it.

Below you can see two positions for the Dorian scale.

You can play both dorian scale positions in all keys. If you want to play the Dorian scale in a different key, just move the entire scale up or down.

You can play scales in 3rds, 4ths, 5ths, 6ths, 7ths and octaves. Today we’ll practice the dorian scale in interval of 3rds using an alternating pattern that will alternate the direction of the intervals to give it a more melodic approach. This exercise will really help you getting the dorian scale under your fingers.

Take your time and enjoy while you’re at it.

DORIAN SONGS
Here are some examples to listen to and study to get familiar with dorian soloing and the dorian sound.
“So what” by Miles Davis Tabs

Have a good one!