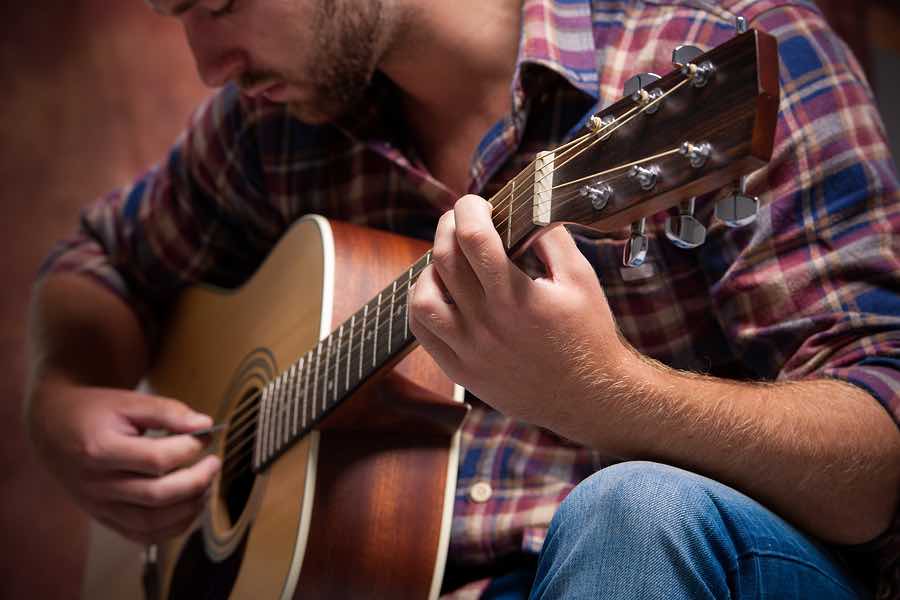 Sus2 and sus4 chords are very often used in music to embellish chords and chord progressions.

It’s an easy way of adding some extra flavor to a chord and give you a little space to mess around with that chord.

Especially when you have to play a chord for several consecutive measures in a song and you don’t want to get bored out of your mind, it’s nice to implement a sus4 or sus2 here and there to spice things up a bit.

By removing the 3rd in a chord, the chord becomes neither major nor minor, as the 3rd determines the happy major or sad minor sound. Therefor sus chords can be applied to both major and minor chords.

In practice
Suspended chords have the tendency to resolve. The four and fifth in a sus4 chord creates tension and so does the second and root in a sus2 chord. That’s why sus chords are often played in combination with their parent chord.

However suspended chords can also last indefinitely without resolving to their parent chord which happens a lot in jazz, but also in pop music.

Qualities
The sus2 chord has an open feel and sounds kind of wistful. It does have a slight tendency to resolve but it doesn’t have that strong pull like the sus4 chord toward it’s parent chord which makes it feel lightly stable. The Sus2 chord can therefor even be substituted for it’s parent chord. So you could play Asus2 instead of A major.

The sus4 chord on the other hand has the quality that it fits really good at the end of a musical piece using it on the fifth chord of the key and resolving to the I chord. So if you’re in the key of G, you play Dsus4 – D (D is the fifth of G) and then go back to G major (the I chord).

Tips
– Practice and memorize the sus2 and sus4 chords below with their parent chords.
– Study popular suspended intros like the ones above for inspiration.
– Incorporate the use of suspended chords in your favorite songs. Make it your own.

If you want to learn more chords check out YourGuitarChords.com