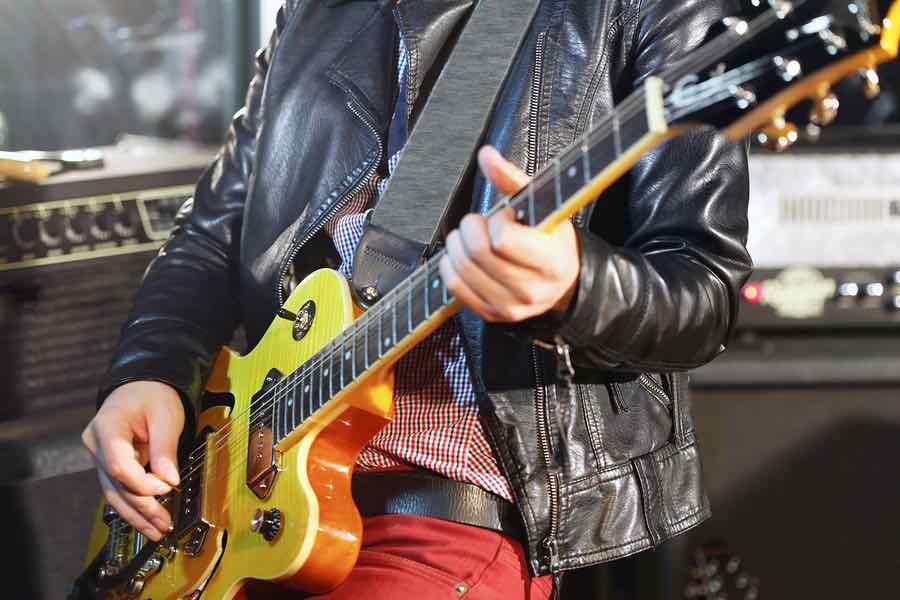 The pentatonic scale is an awesome scale. It’s a fairly easy scale and it can be used for almost every style of music: blues, country, pop, rock and more.

That’s why most guitar players use it most of the time. Great nothing wrong with that.

But wouldn’t it be nice if you could add a few notes to the minor pentatonic scale to give it more flavor and spice up your playing?

Well today we’re going to add the major third to the minor pentatonic scale. The major third will bring some happy, fresh and lively color to the table. Adding extra notes to the pentatonic scale is a common thing in soloing and will make your playing a lot more fun and interesting to listen to.

I’ll show you how to play the 5 pentatonic scales shapes / positions adding the major third and 5 licks to spice up your playing.

THEORY
The major third is a musical interval and is the distance between the root and the third note of the major scale. It also consists of four semitones (4 frets).

Now let’s take the A minor pentatonic scale to add the major third.

Adding the major third you get:

For each of the five positions there’s an accompanying pentatonic lick with the added major third to see how it is applied to soloing.

Note:
– For beginners practicing position 1 and lick #1 is sufficient. Focus on quality over quantity.
– Intermediate and advanced players can practice all positions and licks.

Tips:
– Memorize where the root note and the major third is located for each scale shape / position.
– Practice the shapes / positions in different keys around the neck.
– Study the licks and then create your own licks adding the major third.
– Incorporate the licks into your playing.
– Take your time and while you’re practicing don’t forget to have fun.

Lick #6 (position 2, 1 & 5)
This last example makes use of three different positions of the scale. Freedom is everything.

“The beautiful thing about learning is nobody can take it away from you.” ~ B.B. King

If you liked this post you should definitely check out 50 Cool Blues Licks Improvisation and get the most out your blues improvisation.