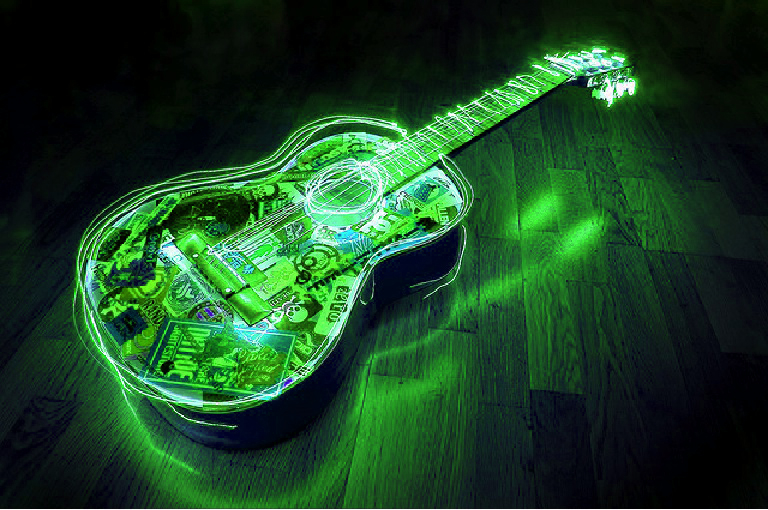 Inspring quotes can unleash your inner motivation or teach you that one valuable life guitar lesson that you always wanted or needed to hear.

It somehow explains the essence of what the person is trying to bring across.

I love quotes from great blues, rock, jazz and classical guitar players or quotes from wise people like Lao Tzu or Buddha.

It makes me want to learn more and realize what is important and what not.

I hope these quotes contribute to your inner motivation and inspire you to study, practice, create, enjoy and achieve something amazing!

Listen and learn from the greatest:

1 – “I dedicated all the time I had to it. The 10 hour workout was just what I put in the magazine at the time, but for me it was every waking moment.” ~ Steve Vai‎

2 – “A lot of people think that if they learn to read music they are gonna lose their feel or their groove or something. It’s the stupidest thing I have ever heard.” ~ Frank Gambale

3 – “I started out playing guitar because Jimi Hendrix was my hero, so my roots were really based on Jimi Hendrix and his style of playing.” ~ Joe Satriani

4 – “I practiced two or three hours, sometimes none, sometimes six. It was very varied.” ~ Julian Bream

5 – “The beautiful thing about learning is nobody can take it away from you.” – B.B. King

6 – ‎”Listening is the key to everything good in music.” – Pat Metheny

7 – “For me, the ultimate form of expression is blues, where jazz appeals to me on an intellectual level.” – Scott Henderson

8 – “If you play music for no other reason than actually just because you love it, the skills just kinda creep up on you.” ~ Nuno Bettencourt.

11 – “When I look for what I’m going to listen to I go backwards. I’m always going the other way you see. Most people are trying to figure out ‘how do I get in the fast lane going that way?’. I’m going in the other direction. I wanna find the oldest thing to do.” ~ Eric Clapton

12 – “I do a lot of the stuff that I started out doing that I think any guitar player that’s concerned about the craft needs to do. It’s basic practicing of the basic elements.

I try to practice like a well rounded regiment of things where I can kind of do whatever I wanna do and I also have to practice the actual songs to keep that under my fingers as well.” ~ John Petrucci

13 – “I came from the last couple of years in a generation where we didn’t have a computer around so we didn’t waste as much time on the internet as we do now so I had large chuncks of time which to devote to doing something.” ~ John Mayer

14 – “Forget about every other lesson in the book. You have to be able to tap your foot or else none of what you doing you are not gonna have any control of your symptom.” ~ Al Di Meola

15 – “Every July, August and part of September I escape of the guitar, I escape of Paco de Lucia and I go to Mexico to the Carrabian. I have a little house there where I spend two months listening to music, no playing because I don’t bring the guitar with me, fishing and cooking my fish and charging the batteries for new concerts.” ~ Paco De Lucia

16 – “I had struggled with alternate picking for a very long time. I never thought I could do it.” ~ Paul Gilbert

17 – “I find that musically, looking back, I have learned much more from those relationships, people I have bumped into that I have admired, that’s the way I feel musically I have learned most in life.” ~ John Williams

18 – “I just play, just you know, If i just sit down with the guitar and just do whatever for, you know, an half an hour or an hour whatever. That’s pretty much, that should do it for me.” ~ Slash

19 – “I want to figure out how I can make the most important statement with the least amount of information, so I don’t run out of ideas by the time I get to my second or third chorus.” ~ Larry Carlton

Let me know what your favorite quote is in the comments.

Thanks for taking the time!
Klaus Crow