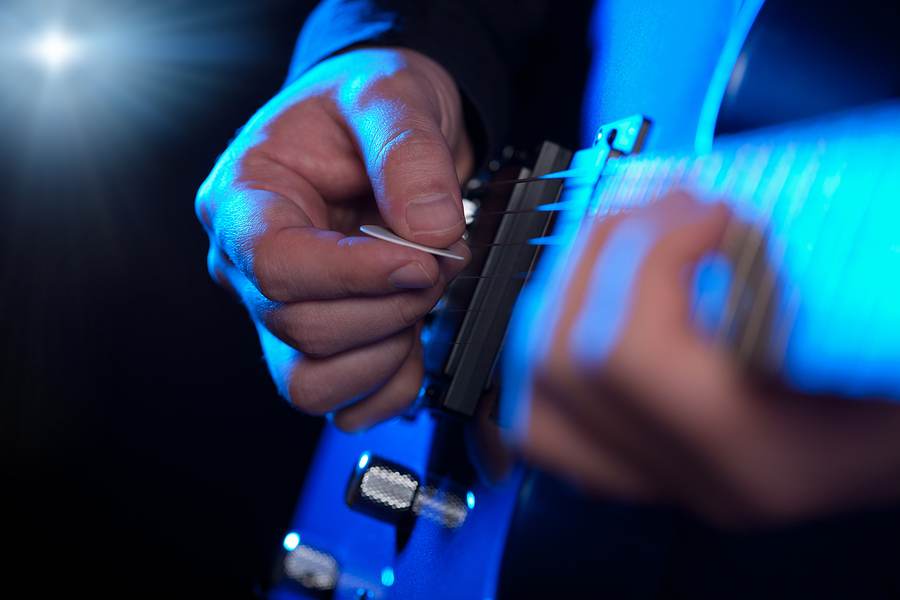 It creates a more happy and uplifting sound.

The 5 shapes shown below are all the same scale (G major pentatonic scale) just played in different positions, so you can learn the scale all over the neck. That’s the whole purpose, eventually you want to have the freedom to be able to improvise around the entire fretboard.

SHAPE NAMES
Each shape has it’s own shape-name C, A, G, E and D, derived from the C-A-G-E-D system. Note: The name of the shapes have nothing to do with the key of the scale. The names refer to the chord shape (made up of the red and green dots) that is surrounded by the scale shape.

If you want to know more about the CAGED system check out: What is The CAGED System? (The Keys to The Fretboard)

The root note of each shape determines the name of the scale. In the examples below all the scale shapes are in the key of G, so all the root notes are G notes. END_OF_DOCUMENT_TOKEN_TO_BE_REPLACED