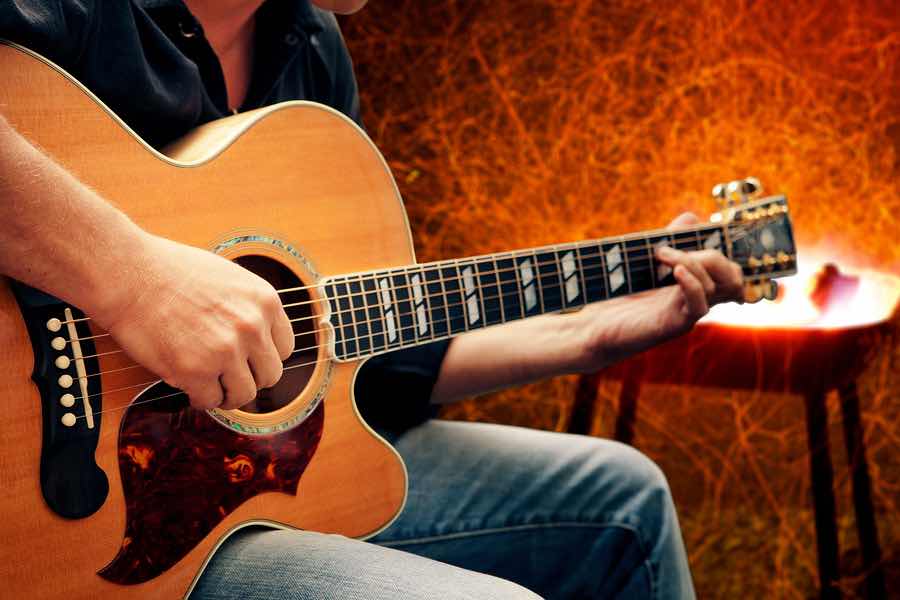 7th chords are over the place in every style of music.

There is the dominant 7th chord which is the main ingredient for blues and the major 7th chord which you can find a lot in jazz music, but also chords like the minor 7b5 and diminished 7 are part of the jazz chord vocabulary.

Well to be honest, I don’t think there is a 7th chord that you don’t find in jazz music.

The minor 7 and dominant 7 chords are very common in pop music and also the major 7 is not unusual. Today we’ll discuss the most common types of 7th chords in music.

For each 7th chord you can see four examples (see images below). The first two chords on the left are open chord shapes (containing open strings) and the two chords on the right are moveable chord shapes (containing no open strings). The first moveable chord has the root on the low E-string and the second has the root on the A-string. I’ll explain…

A moveable chord can be moved all across the neck and played in every key. For example if you take the Gmaj7 chord (see image below, third chord from the left). The note on the low E-string is your root note. In this example it’s a G note. If you move the entire chord up a half step (1 fret) it becomes a G#maj7 chord. Your root note has now moved up to the 4th fret low E-string which is a G# note. (So if your root note is a G# note that means your chord is G#maj7. Move the entire chord up another half step your root note becomes an A note so your chord becomes Amaj7.

You can do this with all the other moveable chord shapes as well.

Tips:
– Practice and memorize all the common types of 7th chords shown below.
– Play songs with 7th chords to hear and recognize how they are applied.
– Locate the root of the moveable chord shapes and practice them in different keys.